Tina Altieri is a dynamic and engaging communicator who has earned respect through her 20 years in the Australian broadcast news business. As a journalist and T.V presenter, Tina has developed exclusive, results- oriented communication programs for professionals seeking the skills, strategies and confidence for powerful public presentations and media interviews.

Tina has provided coaching to an impressive list of senior leaders in banking and finance, professional services, construction, media and marketing and politics. Over the past decade Tina has provided consulting and training to business leaders of hundreds of international corporations including Bayer (South East Asia), The Reserve Bank of Australia, Apple (Asia), McDonalds Australia, Ernst and Young, BHP Billiton, Standard Chartered Bank, Kraft (Asia).

Tina commenced her career in the media as a radio reporter. Shortly after she joined the Channel Ten Eyewitness News team and, in doing so, became the youngest newsreader in Australia. Tina made her screen debut at age 19. For the past 20 years she has been in lounge rooms all over Australia and New Zealand in her capacity as a news and public affairs program anchor woman for Channel Seven, SkyNews Australia and the Nine Network.

Internationally, Tina has appeared as a guest presenter on Channel News Asia’s current affairs program “In Asia Tonight”. For 8 years Tina was a foreign correspondent for MediaCorp News in Singapore and her reports and special assignments were watched by audiences throughout the South East Asian region. Tina is invited regularly as a professional speaker at conferences worldwide – speaking on leadership and communication, presentation techniques and engaging the media.

Among Tina’s list of highlights as a Master of Ceremonies are; Australian Industry and Export Awards, Nobel Peace Award Winners Ceremony, Amex Gold Plate, Australian Entrepreneur of the Year, Western Australia Business Woman of the Year, Singapore Wine Awards, WA Citizen of the Year Award and the Ronald McDonald Charity Ball. Other events include an invitation to compere the exclusive Australian Premier Fashion Designer Showcase at Hong Kong Fashion Week. In addition, she has compered the biggest family concert in Perth, Western Australia – Carols by Candlelight – which attracts up to 15,000 people every Christmas.

Above all Tina is passionate about the art of communication and how it impacts on winning business, keeping business and building great relationships. 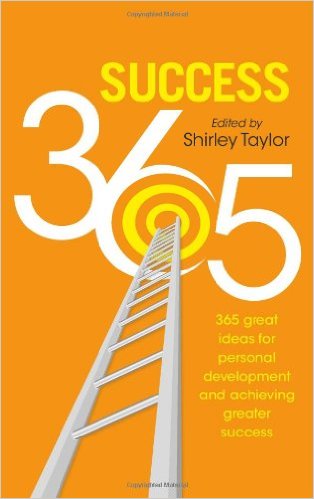 Success 365 is a powerful collection of thought-provoking and practical ideas to help with your professional and personal development, one for everyday of the year!

“Tina takes her time to understand each individual’s challenge and through her patient, nuturing and encouraging nature, she finds ways for them to conquer them. Her experience lends to her credibility and her obvious pleasure in the success of her participants makes her unique.”

“Tina came across as being a very warm, open and down to earth individual. Tina was well received as she wondered around afterwards socialising with the group. I was impressed with her professionalism in all my dealings with her …It would be my pleasure to recommend to anyone to book her for their function.”

“Tina, you are a true professional. Thank you for sharing your outstanding skills.”